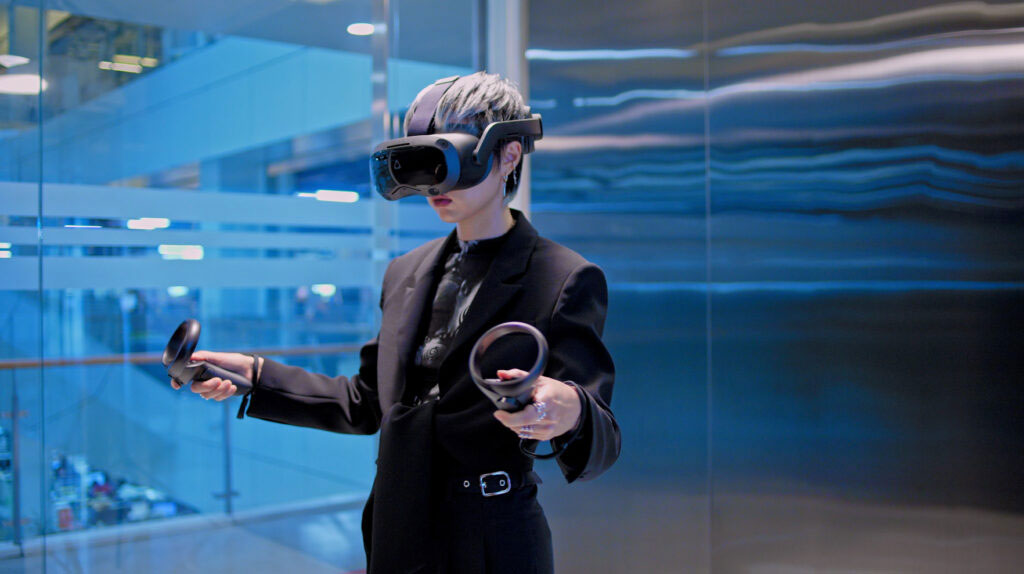 We of New Technology Walkers have a great piece of news to share with you all today: Hitmotion: Reloaded is now available for Vive Focus 3!

Our VR fitness game has been developed with cross-platform in mind because we value a lot openness and we want to reach the biggest number possible of people. We promised you that we would have published it on other platforms besides the Quest, and the most natural choice has been going for the latest HTC Vive standalone. HTC has been our partner in the development of HitMotion: Reloaded, and our game has been one of the launch titles of the Vive Focus Plus, the first 6DOF standalone headset by HTC Vive. We thought it was natural keeping working with them and port our experience to the current generation of Vive headsets, that is Vive Focus 3.

Porting from Quest to Focus 3 has been pretty easy, it took us less than one day: since we use Unity’s XR Interaction Toolkit, most things were already cross-platform and worked out of the box with the new device. We had some problems with the Unity project, though, it seems that the previous Unity project that employed the old Wave SDK converted to Unity 2019 and the new Wave package caused some issues with the runtime of the Focus 3, so we had to rebuild the project from scratch. It was a bit of a nuisance, but after we did that, everything went smoothly.

Vive Focus 3 is probably the most advanced VR headset at the moment, and we are honored to have been accepted on its store. Vive Business AppStore has been built mainly for enterprise experiences, but it also features some games, so they could be used in arcades, but also to make workers relax a bit during their working sessions. We hope that our HitMotion: Reloaded free demo could help people to relieve their stress in the workplace. Also, since many jobs are performed by standing seated, HitMotion could be a good opportunity to make people stand up and move, something that is very good for their health. And being the game completely free, it is something that everyone can download without asking for permission, and so a lot of people will be able to stay fit while having fun in their offices.

You can find HitMotion: Reloaded on Vive Business AppStore at this link. We hope you all Vive Focus 3 will love it! Are you ready for the fitness battle?