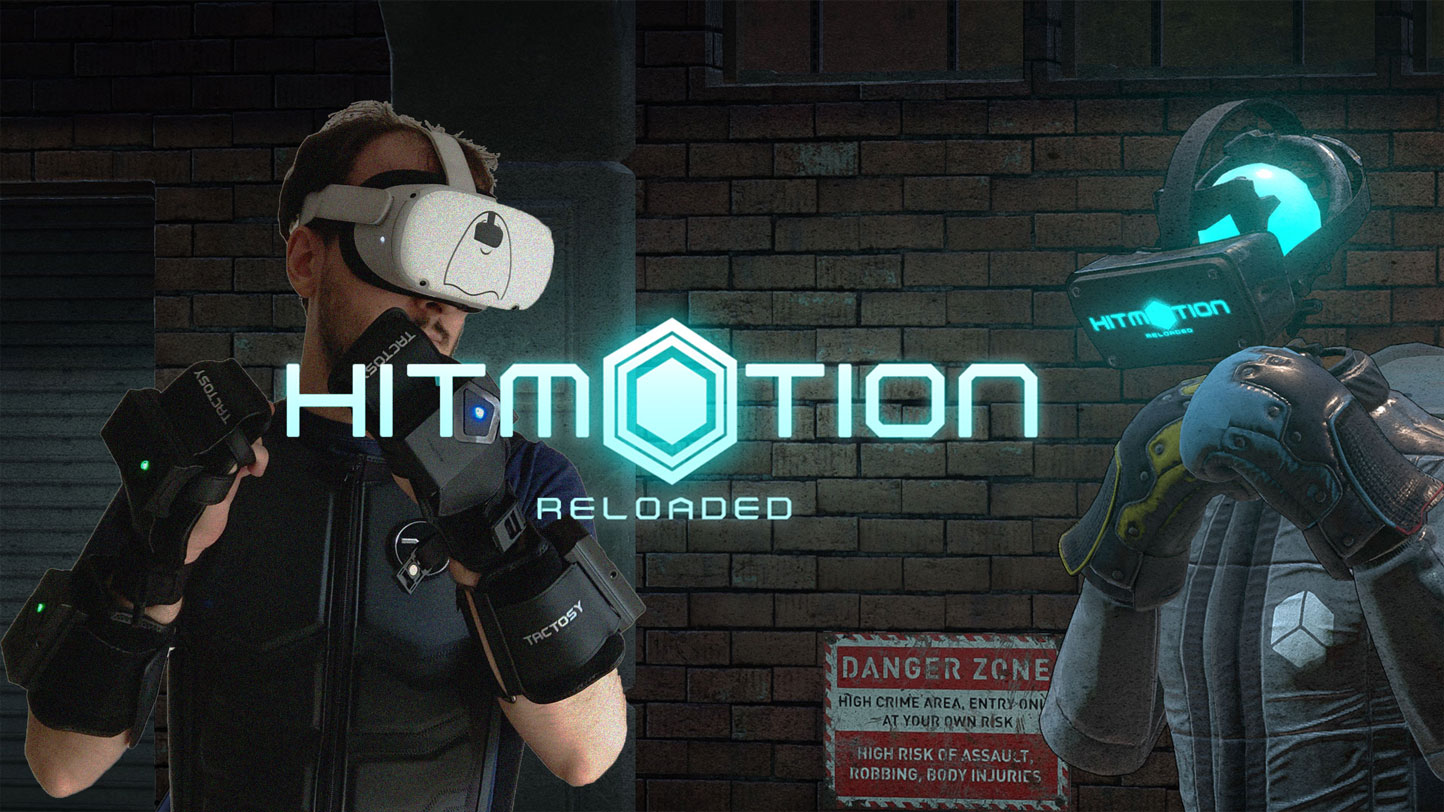 Today we have a fantastic surprise for you all! We have just released the biggest update to HitMotion: Reloaded ever! Called “Feel the game” update, this new version of the game brings you new amazing features that will make happy both new players and long-time fans of our game. And all of this, for free, of course! You just install our game from App Lab, and you have all these features waiting for you.

Let’s see them all, one by one…

We have integrated bHaptics haptic suit within HitMotion: Reloaded… and let us tell you that haptic feedback in our game is a total blast. With it, you can really feel a satisfying sensation all over your arms when you perform a “perfect” punch, and a shock hit when a moving bar hits you! We believe it adds a ton of fun to our game, and once you have tried HitMotion this way you will never want to come back.

HitMotion is compatible with all the components of bHaptics haptic suit with the exclusion of the TACTOSY for feet because we don’t use feet in our game. If you have some bHaptics hardware at home, be sure to play HitMotion with it, and then thank us later. If you have not, head to bHaptics website, and get some 😉

We have integrated Oculus Mixed Reality Capture inside HitMotion, so you can finally shoot amazing mixed reality videos of you playing our game either with OBS or with the new LIV app. Here you are a very quick and dirty test we did with mixed reality recording in OBS:

Using the new LIV app for iPhone you can do much better, easily shooting mixed reality videos without the need of using a green screen or a complex setup involving your computer. Download LIV app from its website and see how it is easy to shoot videos of you punching and dodging in our game and then share them on your social media channels!

You asked us to make the tutorial optional, and so we did. Now the tutorial is not mandatory anymore, and if you want, you can play it, if you do not want, you can just start the first workout level and enter immediately the HitMotion ring! And if you don’t understand something about the game, you can always play the tutorial whenever you feel the need: Bob will always be there waiting for you!

One of the biggest complaints of the community about HitMotion was that it was not possible to configure your play area according to the actual configuration of your physical room. Actually, this was possible, but people didn’t find the command to do it inside the options menu.

We have now added the Area Setting option inside the In-Game Menu, so that everyone can find it very easily. If you have difficulties in playing the game in your current physical space, you just open the menu, click on “Set Area”, and move the virtual ring according to your needs. In 15 seconds, you can get back to playing with your virtual and real space perfectly aligned.

We have tweaked some parameters of the gameplay to make it more suitable for newcomers and also smoother for experienced players. In particular, we have increased the speed of the bars: until now, the bars slowed the fast-paced gameplay typical of HitMotion, and some players complained about it. We have so made them faster, and also made sure that the enemy after them can activate sooner. This means that now the bars are great to play with, too!

To help newcomers in playing the game, we also added a new slide in the tutorial that explains better how to punch the targets inside HitMotion, and lowered the punch detection threshold, too. We think this way the game is much more inclusive. Experienced players can still use the 2x and 3x force multiplier to live the full challenge of the game.

We have also fixed some bugs and added some improvements here and there. Have you seen that now there is a timer that shows you your current level time? We hope you’ll like it!

It’s time for you to play HitMotion: Reloaded to try all these new amazing improvements! Get it from App Lab now and let us know your impressions about it so that we can improve it even more in our upcoming update!