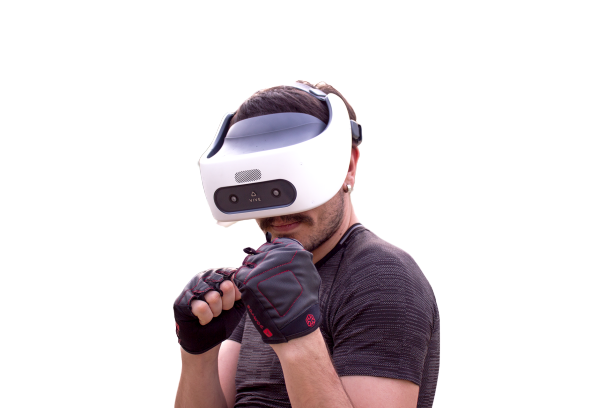 In this second episode of the series in which we detail the best features of HitMotion: Reloaded (the first one talked about mixed reality), we’ll talk about HitMotion providing a complete boxing training.

Boxing is an art, a noble sport that not only teaches you how to fight and defend yourself but also makes you grow as a person. It is not a secret that Nelson Mandela knew how to box, and he always said that his boxing training is what helped him in staying strong in all his years in prison.

Of course, replicating a full boxing training inside a digital game is impossible, because that would require a dedicated trainer to follow you during all the learning, watching your exact body posture, and make you train using some gym props. Boxing requires a lot of hard work and dedication. Furthermore, you also need to have real fights with other athletes, or even just sparring.

Even just replicating the teaching of the exact pose that your body should have while boxing (the so-called “right stance”) is impossible with current commercial VR technology, and would require a body tracking system like Kinect.

The technology is not there, but we did our best to provide the best boxing training in HitMotion: Reloaded while letting people have fun. Since we’re developing a game, making something too technical would have made the application too much tailored to the boxing athletes’ niche. But we wanted to make our game compelling for most people possible, so we mixed boxing training with gaming, so to let more people enjoy their time with it, and so learn a bit of boxing, and stay fit.

Inside HitMotion, you have a trainer called Bob that teaches you the basics of boxing, that is:

These are just some simple rules, but they are enough to let people discover the sport of boxing. And thanks to the awesome work of our game designer, the user will have to perform typical series of boxing training (e.g. right jab-left jab-right jab) various times during the game, and so he will learn these important movements without even noticing. The players will just think they are having fun, while actually they are interiorizing a full boxing training, disguised as a game.

HitMotion will make the users move fast in the room, dodge the attacks of the enemies, and punch them hard, exactly as it happens in a boxing ring!